SALT LAKE CITY—The Church Historian’s Press today announced the online publication of the 1868–1869 discourses of Latter-day Saint leader and poet Eliza R. Snow. For the first time, transcripts of these discourses are available for free to the public at churchhistorianspress.org/eliza-r-snow.

This publication furthers the aim of the Church Historian’s Press to increase access to materials related to the history of The Church of Jesus Christ of Latter-day Saints. Previous publications include The Joseph Smith Papers, documents chronicling the early history of the Relief Society, and discourses by Latter-day Saint women. The press has also published electronic editions of the Journal of George Q. Cannon, the Diaries of Emmeline B. Wells, and the Journal of George F. Richards.

Eliza R. Snow, second general president of the Relief Society of The Church of Jesus Christ of Latter-day Saints, was a prolific speaker and the most influential Latter-day Saint woman of her time. She taught religious doctrine, emphasized practical principles, shared her political opinions, and conveyed love and encouragement for church members in nearly twelve hundred discourses given from 1840 to 1887 in western Illinois and throughout Utah and Idaho territories. Her discourses, captured by scores of secretaries, clerks, and editors in hundreds of record books and newspaper articles, are gathered and published together here for the first time. As an active participant in the church’s formative period, secretary of the original Relief Society, and a plural wife and close associate of both Joseph Smith and Brigham Young, Snow spoke with authority on church doctrine and history. Church members relied on her words for instruction and inspiration. Today her words are much more than quaint relics: they open a wide window into the life and personality of an important American religious figure and into a half century of Latter-day Saint history and culture. They also provide insight into key church doctrine. 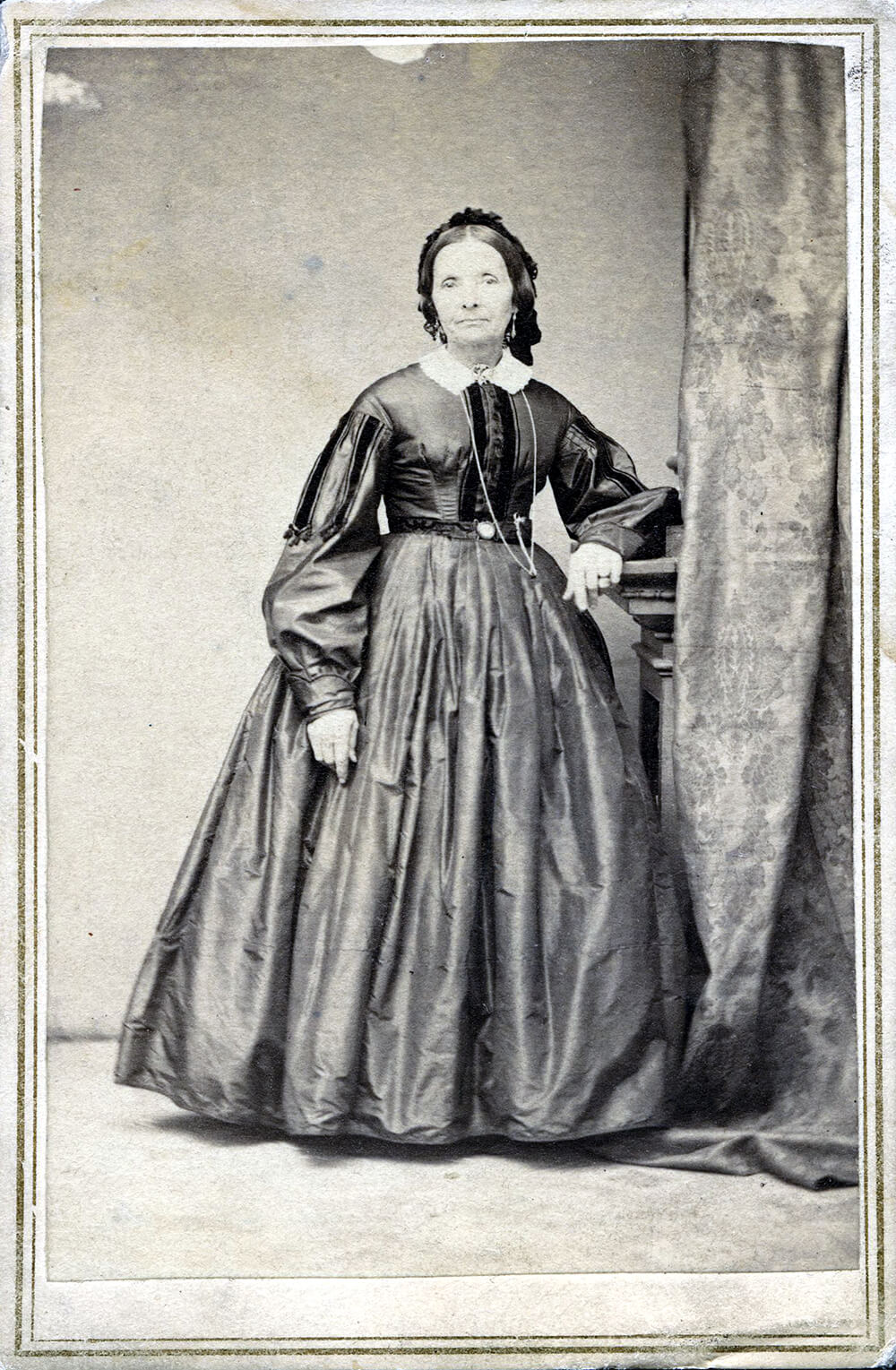 Eliza Roxcy Snow was born in Becket, Massachusetts, on 21 January 1804, the daughter of Oliver Snow and Rosetta Pettibone. The family moved to Mantua, Ohio, in 1806, where Snow spent her childhood and young adult years studying, writing and publishing poetry, and learning domestic skills. Initially practicing Baptists, the family was drawn to reformed Baptist and then restorationist beliefs as taught by Sidney Rigdon in the 1820s. After Rigdon’s baptism in 1830 into the Church of Christ (the initial name of The Church of Jesus Christ of Latter-day Saints), the Snows’ interest in the new church was heightened, and, in 1831, Joseph Smith visited the Snow home. Snow was baptized in 1835 after four years of careful study and contemplation. The remainder of her life was devoted to church participation, teaching, and leading.

Poetry was Snow’s initial form of public discourse. She published her work in local newspapers in Ohio, Illinois, and Utah. Among her earliest orations were poems composed for a local debating association in Illinois and for the Polysophical Society and the Literary and Musical Society in early Utah Territory. Underlying her words, which she or another person read aloud to a group, were her pragmatic, philosophical, political, and religious ideas. Over the years she became known as “Zion’s Poetess” because she captured the key events, relationships, doctrine, and ideals of Zion—that is, the community of Saints—in verse. Her poetry included significant hymns that united members in worship. Her most well-known poem-hymn is “O My Father” (originally “My Father in Heaven”), which teaches precepts of the eternal family.

Snow’s poetry reflected her deep respect for words and ideas, but it was her Relief Society association that gave her a connection to women and allowed her to preach to a ready audience. She was a founding member of the Female Relief Society of Nauvoo, established on 17 March 1842, and was intimately acquainted with its first president, Emma Hale Smith. As the first secretary of the organization, Snow kept the meeting minutes from 1842 to 1843; later, she carefully preserved the minute book during her migration to Utah.

In 1868, Brigham Young appointed Snow to assist bishops in organizing ward Relief Societies throughout Latter-day Saint settlements in Utah and Idaho. She used the Nauvoo minute book as a resource to guide fledgling local societies, often quoting from it at length. She taught new female leaders organizational and administrative principles as well as doctrine learned from Joseph Smith and from her own scripture study.

Well before that historic appointment from President Young, Snow oversaw and administered women’s temple ordinances, first in the Council House and then in the Endowment House, both in Salt Lake City. Her leadership shifted to a more public role in 1868, and she contributed significantly to the development of nearly all organizations involving Latter-day Saint women. She helped found the Ladies’ Cooperative Retrenchment Association, the Young Ladies’ Mutual Improvement associations (later renamed Young Women), and Primary associations, as well as local silk associations and grain committees and the Deseret Hospital. She managed the expansion of ward and stake female leadership. On 17 July 1880 she was “ordained” or set apart as the second general Relief Society president, following Emma Smith. Though general presidencies were established at that same time for the Young Ladies’ and Primary organizations, Snow was considered the leader of all the women of the church. She also spoke at various political rallies and public meetings throughout her life. At the same time, she established close friendships and extended her personal ministry when she spoke at funerals and parties commemorating those close to her. She lived the principles she taught, and she taught the principles she lived.

Snow’s sermons reflected both temporal and spiritual perspectives and conveyed to Latter-day Saints of all ages a clear understanding of the responsibility they had to work out their own salvation and to assist in the cooperative effort of building God’s kingdom. Meeting records captured instances in which she spoke in tongues and blessed individuals according to her spiritual gifts. She showed Primary children the watch given to her by Joseph Smith and testified that plural marriage came by divine revelation. With years of experience administering women’s temple ordinances, Snow carefully taught the sisters about temple blessings and the perspective of the eternal perspective of the past, present, and future. She spoke from personal experience and bore testimony about priesthood as the core, structure, and power of the restored church. She visited with American Indians, some of whom called her “Mother,” fulfilling a prophecy made by Joseph Smith years earlier. In southern Utah, the women of Kanab honored her as the president “of all the feminine portion of the human race.”

By carriage and train, Snow traveled to counties, stakes, wards, and branches in populated and remote areas, sometimes speaking three times a day. She kept up a vigorous schedule until well into her senior years and eventually visited nearly every Latter-day Saint settlement of the time. Through these visits she provided local church members with a vital sense of connection to central church leadership, and she returned to Salt Lake City headquarters with a greater understanding of issues facing the members. Her written addresses published in newspapers reached even farther than her physical presence.

By 1887, when Snow was eighty-three years old, her travels and speaking had diminished considerably. It seemed that only the constraints of age could slow her down. Early on the morning of 5 December 1887, she died in her room in the Lion House in Salt Lake City. She had requested that no black be worn at her funeral, so on 7 December, the Assembly Hall on Temple Square was decked in white drapery with white flowers. The Woman’s Exponent recorded that “a sheaf of ripe wheat, tied with white ribbon, emblematic of her ripe age, and that her work was finished,” adorned her coffin. She was buried in Brigham Young’s family cemetery.

The discourses of Eliza R. Snow have been gathered from more than a thousand organizational minute books, contemporary newspapers—especially the Woman’s Exponent, the Deseret News, and the Millennial Star—and personal journals. Her sermons have never been collected in one location, and this project is also, perhaps, the first systematic study to uncover previously unknown discourses. The digital publication of all of Snow’s known speeches provides unprecedented access to her insights and demonstrates her immense influence on the women and men of the church.