SALT LAKE CITY—The Church Historian’s Press announces the release of The Nauvoo Temple: A Joseph Smith Papers Podcast. This eight-part miniseries from the Joseph Smith Papers Project explores the history and legacy of the temple that Latter-day Saints constructed in Nauvoo, Illinois, in the 1840s. The podcast is available now. Series host Spencer W. McBride, PhD, interviews historians in a documentary-style podcast about this important building in Latter-day Saint history. The episodes consider what the Nauvoo Temple meant to the men and women who constructed it.

“This miniseries will illuminate the history of the Nauvoo Temple while demonstrating how temples became central to the religious experience of Latter-day Saints,” McBride said of the podcast. “Listeners will hear a story of sacrifice while also considering the role that temple ordinances play in the lives of church members—past and present.” 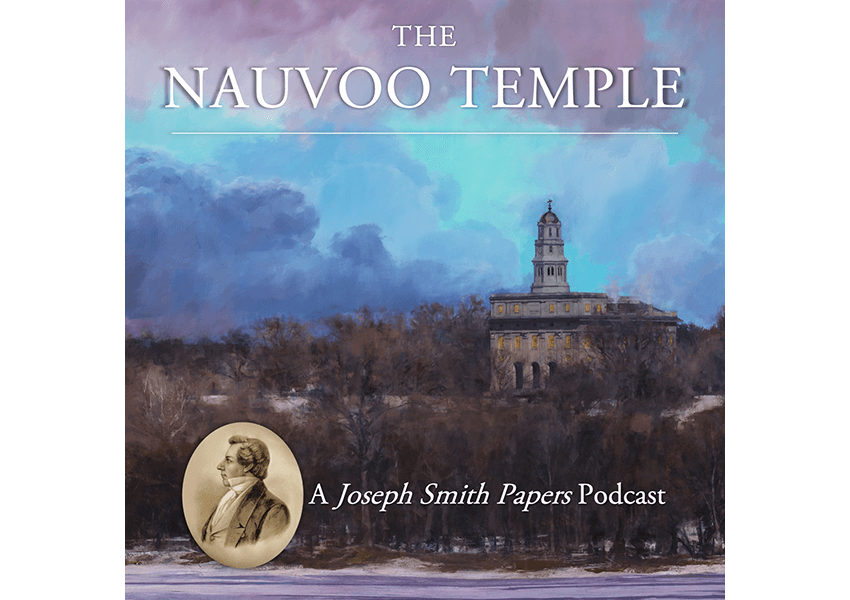 In 1839, the Latter-day Saints began to construct the city of Nauvoo on the banks of the Mississippi River. They were impoverished refugees trying to rebuild their lives following their violent expulsion from Missouri. Yet, despite their poverty, they set out to erect a magnificent temple at the heart of their new city. This podcast tells the story of how they overcame significant obstacles to accomplish this work. Its episodes describe why the Saints built temples, how the design and function of the Nauvoo Temple was determined, and how Joseph Smith introduced the ordinances that church members would perform there. The miniseries also examines the fate of the temple after the majority of Latter-day Saints left Illinois in 1846 and the reconstruction of the temple at the turn of the twenty-first century.

All eight episodes of The Nauvoo Temple: A Joseph Smith Papers Podcast have been released at once and are available on the Gospel Library and on other platforms such as iTunes/Apple Podcasts, Google Play, Spotify, and Amazon. The episodes are available in English, Spanish, and Portuguese.