SALT LAKE CITY—The Church Historian’s Press today announced the release of the latest volume of The Joseph Smith Papers. Documents, Volume 12 includes documents from March through July 1843 and reveals a period of astonishing busyness as Joseph Smith grappled with legal challenges while he continued to fulfill his leadership roles in the church and the city of Nauvoo.

"During the months covered in this volume, Joseph Smith's time was filled with his ever-present ecclesiastical and civic responsibilities in Nauvoo. He also had to deal with ongoing challenges from enemies in Illinois and Missouri," said David W. Grua, who served as coeditor of the book. "Yet during these months, the prophet made teaching the Saints a priority, as he preached on several occasions about the temple that church members were sacrificing so much to build." 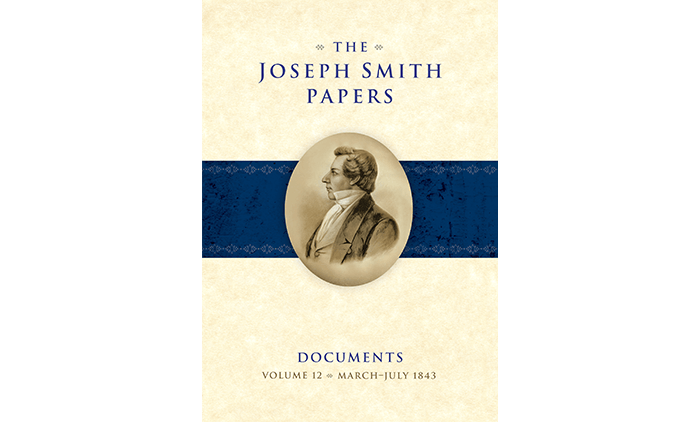 This volume features ninety-six documents, including correspondence, accounts of discourses, blessings, legal and financial records, and minutes of meetings. Key texts include documents and discourses related to the state of Missouri’s third attempt to extradite Joseph Smith, documents illustrating the growth of the church outside Nauvoo, and documents illuminating Joseph Smith’s expanding understanding of eternal and plural marriage. The texts presented in this volume, with their detailed historical annotation, make this book an important resource for those seeking a more thorough understanding of the life and leadership of Joseph Smith.