The Church Historian’s Press today announced the online publication of three additional volumes of the journal of George F. Richards, who served as an apostle in The Church of Jesus Christ of Latter-day Saints from 1906 to 1950.

The newly released volumes date from March 1892 to April 1900 and include Richards’s observations on events such as the Salt Lake Temple dedication and the church’s issuance of the “Political Manifesto.” Celebrations of Utah’s statehood were also among the noteworthy events Richards recorded; on 4 January 1896, he wrote that “the proclamation [admitting Utah as a state] had been signed at 10:03 A.M. bells began ringing guns firing &c.” In the midst of a January 1900 smallpox epidemic, Richards noted that he asked his son to leave school because of the disease and that many gatherings were canceled, including a stake conference that “the Genl Authorities postponed on account of the Smallpox in city & elsewhere.” Entries from these volumes also detail Richards’s work as a state congressional representative and his tender feelings upon the deaths of his father and two of his daughters.

In addition to the transcripts, a video compilation of film clips featuring George F. Richards, including footage from Richards’s final general conference address, has been published on the website. The conference address was captured on silent film, and the audio was recorded separately. Technicians from the Church History Library have recently combined the film and audio so that, for the first time, viewers may both see and hear George F. Richards speaking. The video and the transcripts of the journal are available at churchhistorianspress.org/george-f-richards. 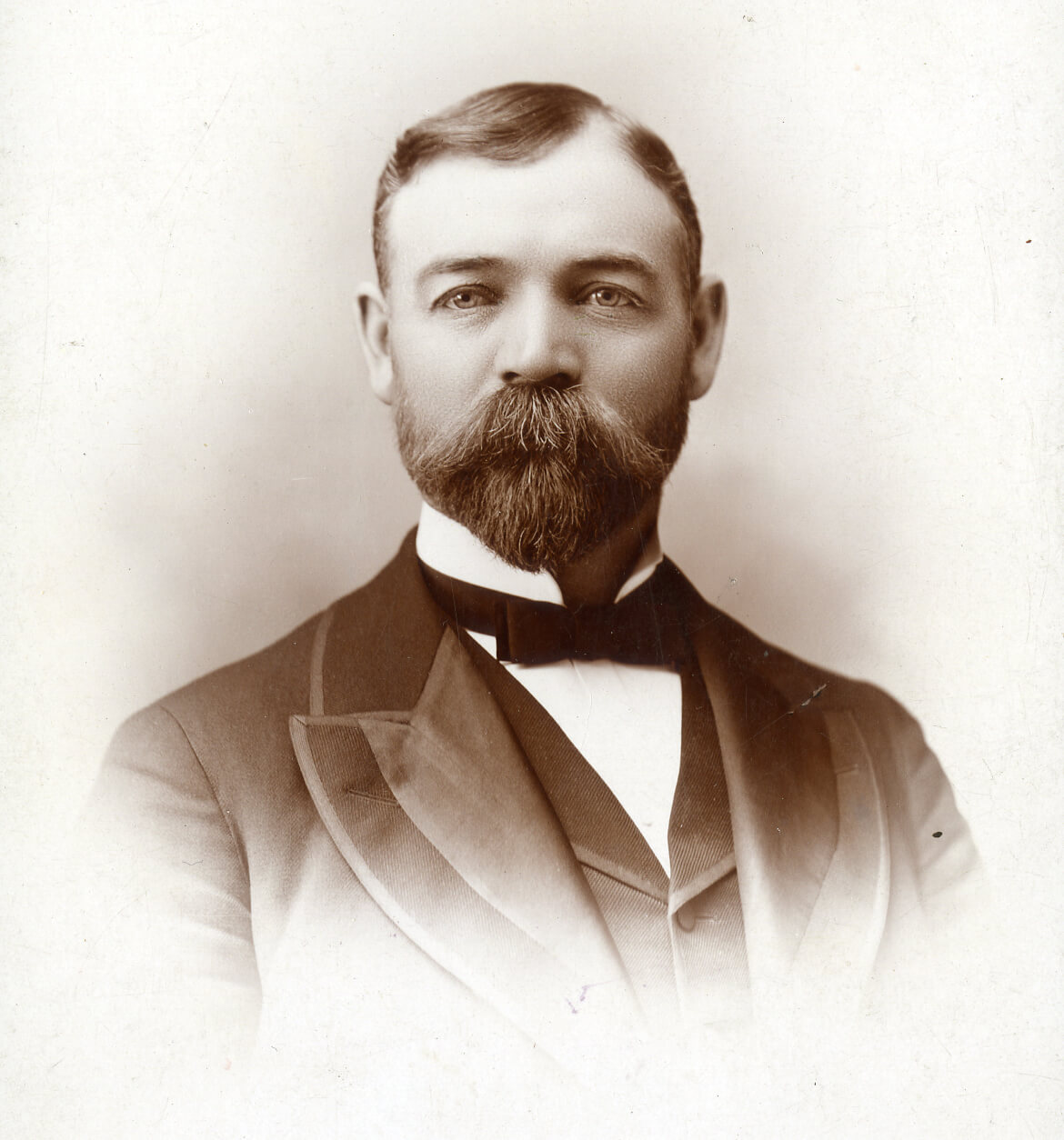 George F. Richards was a member of the Quorum of the Twelve Apostles for forty-four years. His life bridged the pioneer era and modern era of The Church of Jesus Christ of Latter-day Saints. For seventy years—from 1880 to 1950—Richards kept an almost-daily journal of his activities. His entries chronicle his work as a farmer and businessman; his service in the community of Tooele, Utah; his family life; and his service in church callings, including as a counselor in the Tooele Stake presidency and as an apostle. They detail highs in his life, such as his work as the president of the Salt Lake Temple, and lows, such as the deaths of two of his young children.

The son of Franklin D. Richards and Nanny Longstroth, Richards was born in Farmington, Utah Territory, in 1861. After receiving a degree from the University of Deseret in 1881, he worked for the Utah Central Railroad. In 1882, he married Alice Robinson, and the couple lived in Farmington, where Richards began farming. The family subsequently relocated to a farm in Plymouth, Utah Territory, before moving to Tooele in 1888, where he managed his uncle Abraham Doremus’s farm until 1896. That year, he purchased his own farm in Tooele while also beginning a lumber and implement business. Richards served in several civic positions, including watermaster, treasurer of the Tooele Water Company, and member of the Tooele County School Board.

In 1890, Richards was called as second counselor in the Tooele Stake presidency. Three years later, at the age of thirty-two, he was called as patriarch for the Tooele Stake. In 1906, he became an apostle and subsequently moved his family to Salt Lake City, Utah. In 1921, he was designated the president of the Salt Lake Temple, a position he held until 1938. He also served as acting presiding patriarch of the church from 1937 to 1942 and as president of the Quorum of the Twelve Apostles from 1945 to 1950. In these positions, Richards influenced church policies, especially those involving temples and the Saints’ performance of ordinances for deceased ancestors.

Richards’s journals, consisting of twenty-three physical volumes, chronicle this eventful life. For the most part, they have not been available to the general public. This digital publication of the journals provides unprecedented access to a trove of information about Richards and the church. The journals highlight a variety of subjects, including the increased focus of church leaders in the early twentieth century on enforcing obedience to the Word of Wisdom, the importance of temples and of family history work to the Saints, and the continuing efforts of church leaders to eradicate the practice of plural marriage among church members. Richards’s extensive travels as an apostle are also recorded, including interactions with individuals in a variety of places such as the United States, Canada, and Mexico. In addition, the journals depict Richards as a father and husband and reveal how he and his family dealt with illness, death, and the vicissitudes of life. In short, the journals provide extensive insight into the lives of Latter-day Saints during the late nineteenth and early twentieth centuries.

The journals also give glimpses into the history of both Utah and the American West in general. Richards’s entries about his work as a farmer provide insights into the changes happening in Utah in the late nineteenth and early twentieth centuries. For instance, he wrote about using a new technological device—the telephone—to communicate with Doremus about agricultural matters or to call doctors when one of his children was sick. His journals indicate that he used a horse and buggy to get around Tooele County but rode the train when going to Salt Lake City or Farmington. Culture and entertainment of the era are also on display, as journal entries recount that Richards frequented the theater with his wife, Alice, and enthusiastically attended demonstrations of phrenology or magic in Tooele from traveling showmen. Anyone interested in the lives of men and women in rural Utah will find much to glean from these journals.

In the first entry, Richards stated that he would be making a “Daily RECORD of the Principal Events in” his life, including his “Labors, Pleasures,” and the occupation of his time. Because of his diligence in keeping this record, scholars and the general public now have access to details of the life of a man significant in both the history of the church and the history of Utah. His journals are a remarkable resource for those interested in these topics and in the man himself.